Currently, he has opened more than 10 Chez Shibata shops, including four shops in Japan and shops in China and Thailand. Ever since 2009, when he became the first Japanese pâtissier to expand his own brand overseas, he has received numerous offers to open shops from all over the world. He provides high-quality Japanese sweets to Asia and beyond.
Japanese craftsmanship and sense of taste are now sought after by gourmet lovers around the world. Most Japanese craftsmen are unaccustomed to international activities and many hold negative views. He wants to internationally convey the delicate work he performs as a Japanese pâtissier by developing original sweets based on French traditions and techniques. And for the sake of the Japanese confectionery industry in the future, he wants to maintain the spirit of challenging oneself internationally while continuing to work in the kitchen even now.
As ambassador for a long-standing French chocolate manufacturer, he travels to various countries as a demonstrator, and at the same time, he comes up with his own original creations inspired by confectioneries and dishes from around the world. As a pâtissier who loves Japan, he wants to continue to interact internationally while cherishing his origins.

He is broadly active as a lecturer and makes television appearances both domestically and internationally.
2010: Appointed Tourism Ambassador by Tajimi City, Gifu Prefecture
2015: Appointed Matcha Ambassador by Nishio City, Aichi Prefecture
2016: Appointed by the famous French chocolate manufacturer Cemoi as one of its three ambassadors in the world 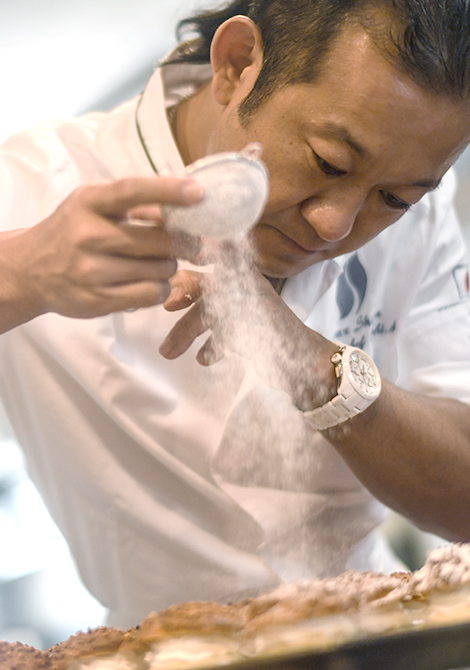 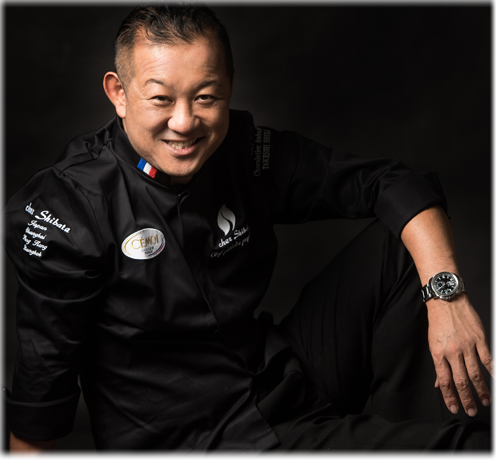 Chez Shibata has 4 shops in Japan and expanded 2 shops in Shanghai and 1 shop in Hong Kong.
In addition, we are expanding our shop in 3 areas including Guangzhou city and Hangzoh city and Changsha city in China.

In 2013, we had opened a shop in Bangkok as well.We have more than 10 shops in the whole world now.
In 2009, I was able to expand a branch of the first ever Japanese pastry shop in Japan abroad in foreign country.

We have a lot of offers from many countries.As for now, we are operating mainly in the center of Asia.Our goal finally is to put up a shop in Manhattan New York.

Now is the world gourmet needs sense of taste and skill from Japan.
Moreover, I feel that many Japanese craftsmen are not used to working overseas which is the negative side.My products are originally made and inspired from classic and basic French which is the most important thing.Always I work in the kitchen and is challenging the whole world and serves as inspiration for young Japanese!!
I am suspicious with the Japanese government and economy.But I love Japan. To give importance to my homeland is the signal I want to send to the whole world.

As a lecturer, I appear on some media in Japan and overseas.
From August 2010 I became the sightseeing ambassador of Tajimi City in Gifu prefecture.
And also became the Matcha(Green tea) ambassador from 2015.
2016 I was chosen as one of the three ambassadors in the world- famous French chocolate brand “CEMOI”. 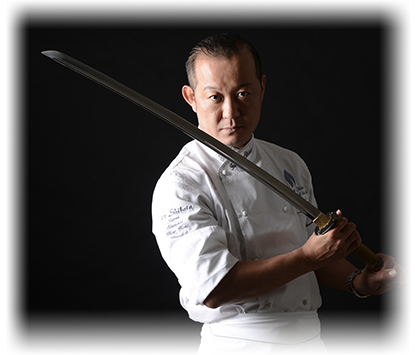